Tell Me Another Story 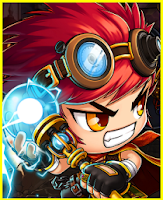 Earlier this month, Nexon launched a huge update to their massively popular free-to-play massively multiplayer game, MapleStory. Entitled "The Big Bang", this is not merely a content update, but a total redesign of many of the game's core systems, including class/skill balancing, removal of underused features, and -- WAIT FOR IT -- a totally new experience curve. From a developer standpoint, that is a TON of work.

Well, let me tell you, I was hooked on MapleStory a few years ago. I know a lot of people over the age of 16 don't get it, but man, the game just GOT ME. That is, until about level 20-something, when THE GRIND set in. Talk about "grind" -- the entire game basically ground to a halt. Not to mention the fact that I had not specced my Warrior correctly (his DEX was too low), making the solo game very frustrating. And running through the same areas over and over and OVER again fighting the same mobs over and over and OVER again...seriously, what's the point? And so, goodbye, MapleStory. 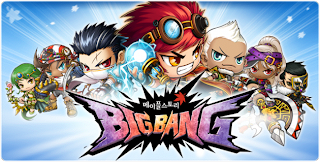 But I am intrigued by this "reboot" if you will, and so I am downloading the new client as I type. Since DCUO has been given a release date and I cannot justify actually paying for it once the beta is over (no time), trying out this new version of MapleStory with a new character might be just the ticket for scratching the MMO itch.
Posted by Matt at 4:49 PM