Top Ten: Best of the Decade 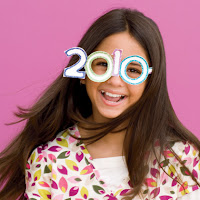 The boys over at Player One Podcast have made their picks for the best games of the decade, and it inspired me to do the same. I've previously selected a Top Ten overall, and this list will definitely crib from that one. So without further ado, here are my Top Ten Games of the last ten years:

If I could only play the above ten games for the rest of my days, I would be disappointed, but not unhappy. Those are some awesome games. A few notes on the above: I had a very difficult time choosing between Eternal Darkness and Super Smash Brothers Melee, but ultimately went with Eternal Darkness because of the clever insanity effects and the fact that I played through it multiple times. The original Guitar Hero, despite not being the best game in the series, was the one that came out of nowhere to blow us all away and inspired some truly great theme parties. Everyone has their favorite GTA game, and mine was San Andreas, simply because of the gangsta setting and awesome soundtrack. Plus, I loved the "turf war" minigame that was basically a game in itself. And finally, I know that Jedi Outcast is not the best Star Wars game ever, but it was the first Star Wars game (that I personally played) that actually made me feel like a Jedi. By the end of the game, you are picking up Stormtroopers with your Force powers, choking them, and then flinging them through the air to their doom. This was AMAZING.

The other PC game I wanted to add was Unreal Tournament, as we used to play heated matches after-hours at work...but that game actually came out in 1999. Holy crap!
Posted by Matt at 9:53 AM