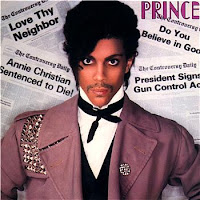 Gamasutra posted an interesting story last week about the controversy regarding Orson Scott Card's involvement with the XBLA game Shadow Complex. (Which I have bought, but not played.) Peter David, a comic book scribe who also worked on the game and CLEARLY HAS BALLS OF STEEL, wrote not one, not two, but A NUMBER OF COMMENTS in response to the article. (And in the true spirit of teh internets, sparked a frisky back-and-forth pissing contest.) Kudos to him and his courage to wade into those waters.

While I am not sure how I feel (if anything) about the "controversy", I certainly believe in everyone's individual right to express their opinions, with words, their wallets, or otherwise. However, I do find it interesting that all the talk of this issue seems to be ignoring a key piece of information: though Orson Scott Card may be an opponent of gay rights, he is also something else. A total hack.