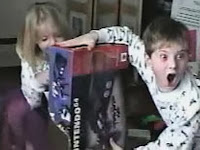 Amazon has launched their "Cyber Monday" deals, and if you are a fan of Atlus games, it appears that many of their recent PS2 releases are on sale. Most notable is the Persona 3 FES bundle, which comes with a CD soundtrack and art book, for $19.95. Wow, I bought the game by itself for $39.95, and I've put less than ten hours into it. Shame!

As always, Cheap Ass Gamer has a really good consolidated list of Amazon's deals, but it seems that a few might be missing. For example, you can pick up God of War 2 for ten bucks. Tempting! I never had a chance to play that one.

On a side note, Joystiq has posted a list of the best-reviewed games of the year, which might help spark your memory if there's an older title that you wanted to pick up and forgot about it.
Posted by Matt at 8:52 AM